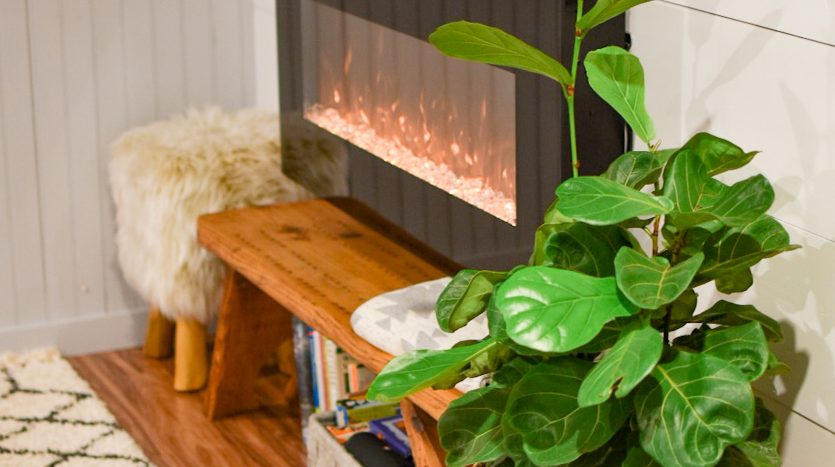 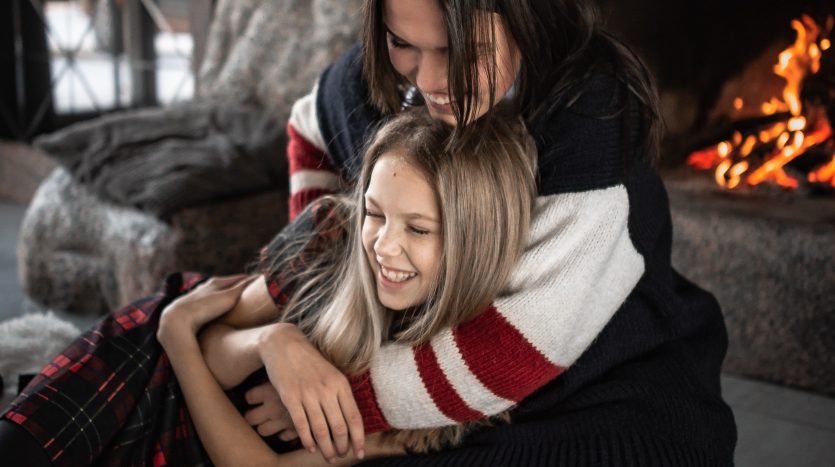 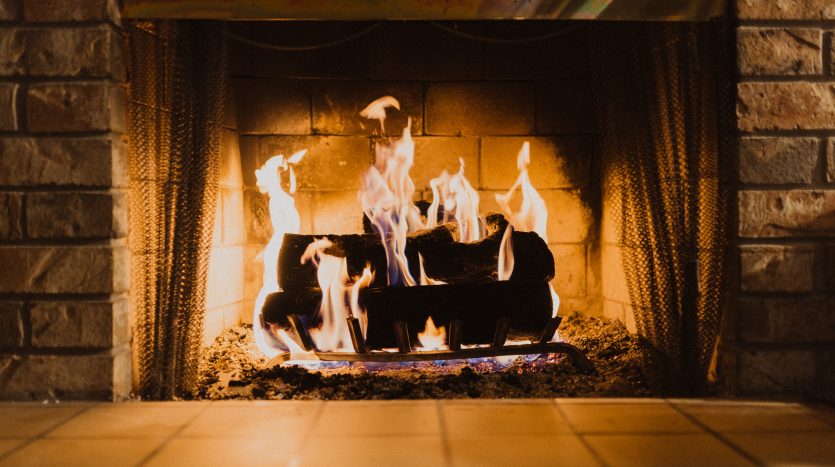 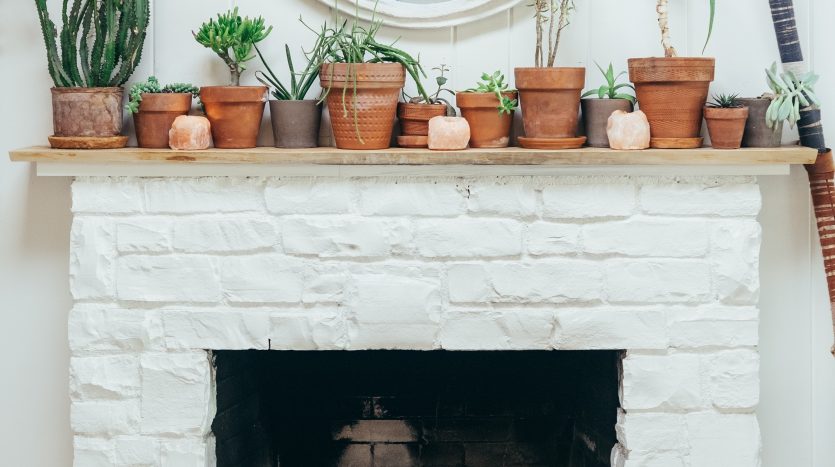 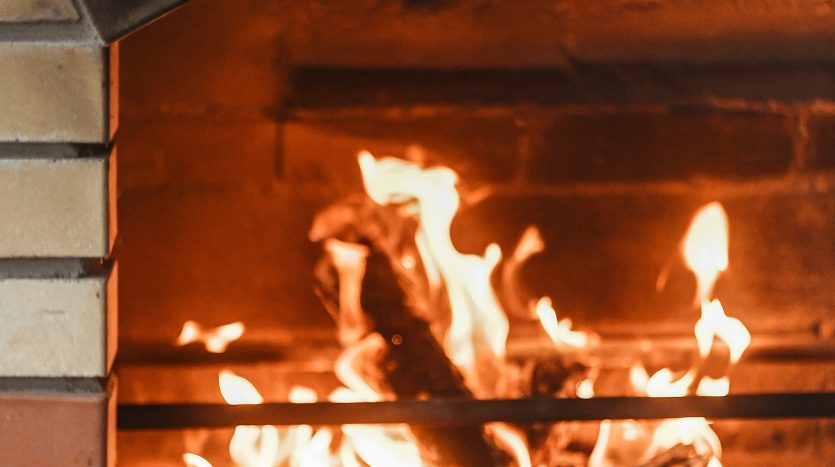 It may be the perfect temperature outside right now, but true Midwesterners know that’s just Mother Nature’s trick to lull us into a sense of false security before she torments us with yet another hard winter. Now is the time to think about how you’re going to keep your tootsies toasty before it becomes too late. If you’d like to take some of the burden off of your furnace while adding a lot to the ambiance of your home, a fireplace is just the way to go about it. This is a primer on your options.

This type of fireplace predates all others by tens of thousands of years, and it hasn’t maintained its popularity by chance. It’s incredibly cost-effective, and the most reliable to boot — if times ever really get tough, the odds are that you’ll still be able to find a tree to chop down in a pinch. No other type of fireplace can match a traditional wood one’s primordial beauty, and the sizzle and pop of real burning logs is a treat to the ears on a cold winter night. A wood fireplace’s chimney does need regular sweeping to combat the buildup of flammable creosote, and you had better have a plan to deal with all the ashes that will pile up. Furthermore, this isn’t a source of heat that you should get accustomed to leaving unattended.

A gas fireplace has got a lot of advantages over one that burns wood. You don’t have to fuss around with rolled up newspapers and kindling whenever you’d like to start a fire, you don’t have to tend it, and you won’t be dealing with messy piles of ashes. Modern gas fireplaces won’t deprive your home of charm, either, as manufacturers have mastered imitating the look of real flickering flames and glowing red logs. A gas fireplace can take the place of an existing wood burning one or be installed wherever you think could do with more heat, and operates via either propane or natural gas.

While a gas fireplace is odorless, its flames do produce gasses which you’d be wholly better off not breathing in. Whomever you hire to put in your gas fireplace will likely advise the installation of a direct vent, a system which both feeds fresh air in to facilitate combustion and directs old air outside where it won’t bother your family’s lungs. The less efficient solution for ventilation, the B vent, will only carry exhaust outside. There is also a vent-free option, which is very efficient because it hasn’t got a flue to let warmth out of your home. These are designed to burn extra clean, which effectively limits the amount of heat they can produce, and are outfitted with sensors that cause them to automatically shut off before a room’s oxygen dips to a dangerous percentage.

An electric fireplace works on the same principle that any space heater you’d plug into the wall does, but that it mimics an inviting wood fireplace makes it a far more appealing addition to any room. You can even enjoy the ambiance that faux dancing flames create without turning on the heating mechanism. (Richard Nixon was known to have enjoyed the Lincoln Sitting Room’s fireplace so much that he’d turn on the air conditioning just so he could work by it in the summertime. Had he used an electric fireplace, he might have saved some taxpayer dollars. This is the biggest criticism of his presidency to date.)

Most electric fireplaces plug into a home’s standard 120 volt outlet. Basic models simply fan the hot air generated by their heating coils around the room. The more energy efficient infrared quartz variety emits radiation that warms the objects it touches rather than heating the air around it, which is more comfortable and preserves a room’s humidity as well. Electric fireplaces are far safer than the traditional wood type for obvious reasons. (You have never heard a sound like what a dog makes when he is lying by a wood fire only to have an ember land on his soft, sensitive pink belly.) An electric fireplace doesn’t require any ventilation, and can be installed in an existing wood fireplace or bought as a separate piece of furniture.

A pellet stove burns little pieces of compressed organic material, typically wood or corn, to heat a room. Whether you would opt for a freestanding pellet stove or one that fits into an existing fireplace, you will find the little licks of real fire cozy during the winter months. A pellet stove is a convenient machine, as it self-regulates to produce whatever temperature its owner desires. The caveat with one is that it needs electricity in order to power the auger that feeds pellets from its hopper, as well as the fan it needs to blow hot air around the room. This puts a pellet stove out of the question for homes that are subject to frequent power outages.

Unlike an electric fireplace, a pellet stove requires ventilation. Unless you’re installing one in a working fireplace, this means a somewhat involved DIY project or engaging the help of a professional. (Fortunately, the Midwest will never experience a drought of people who know how to cut holes through walls.) Pellet stoves create significantly less ash than their wood burning equivalent, and require a weekly cleaning at most. That a pellet stove can be as much as doubly efficient as a wood fireplace might make it a more appealing option as well. The final merit of a pellet stove may seem a touch subjective, but there is something incredibly comfy about the rhythmic plinking sound of pellets being fed down a hopper.