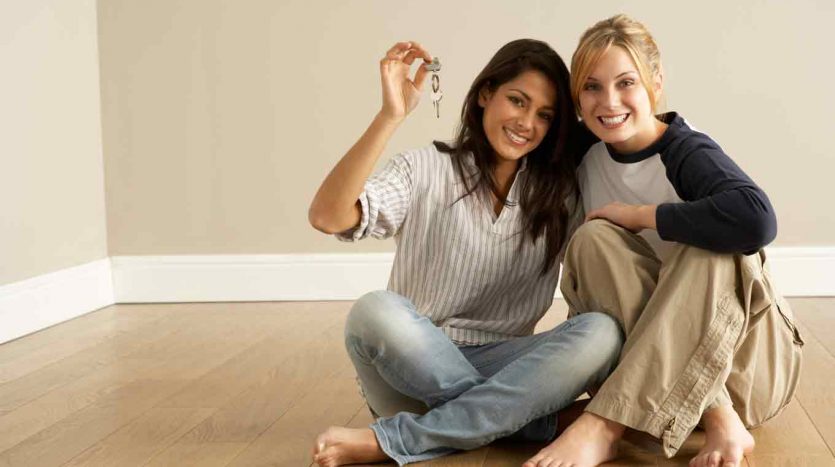 Posted by Apartment Leasing Guide on May 7, 2018
Roomie Guide
0

Roommates. Ugh! Just the word sends a chill down my spine. I remember the many and varied roommates I had in college: some were awesome and others were, well, hateable. So many things have to be negotiated at the beginning of this relationship: who gets which cupboards and which corner of the fridge? Who does the dishes on which day? What temperature are we going to keep the apartment at? How do we split up the bills? Depending on how many roommates and the number of bathrooms in the rental, the dreaded bathroom negotiation could be the most sensitive issue with the greatest potential for explosive problems throughout the time the roommates are roomies. Nobody wants to take a cold shower or be late for class or work because their roommate is inconsiderate.

In college, I shared two different apartments with a total of nine roommates over the course of three years. As one roommate graduated or moved on and a new roommate rotated in, the negotiations had to begin anew. By the last semester, the three flatmates that I had peacefully lived with for the past two years all graduated one semester ahead of me and left me to fend for myself with the new roomies. It was awkward. Two of the three new roommates were besties from some little town in Wisconsin and they immediately decided they were in charge. The other new roommate, by default, became my ally. Even though I had lived in the same apartment for the past two years, the besties came in and decided they would lay down the law on how the place was run. Not cool. It got petty right away. There was no negotiating with them: it was January, but they wanted the heat set at 54 degrees around the clock to keep their heating costs down. Seriously? We had electric baseboard heat which was very economical, to begin with, and the bill would be split four ways, but no… we had to freeze all day and night. So, of course, being 21-year-olds, the odd-man-out roomie and I would accidentally-on-purpose turn up the heat, just to get a reaction from the besties (and warm up).The thermostat wars continued for months until the heating season was over. It was immature that we, as four grown (sort of) women, couldn’t talk about this petty issue and reach a compromise.

Have the uncomfortable discussion at the beginning of the lease.

While we laugh at the preposterousness of Sheldon’s Roommate Agreement on Big Bang Theory, we all can recognize kernels of the truth in his outlandish stipulations. And, in truth, if we were more upfront with our expectations, as ridiculous as they may be, we would be better prepared to navigate the turbulent waters of ROOMMATE LAND.

When you decide to get a roommate, consider where you are in your life and the reason for wanting/needing a roommate. Are you in school or just starting out and need a roommate to meet your expenses? Are you saving money so you can buy a car or a house? Are you lonely and want companionship?

Consider your own weird tendencies. Are you a neatnik? A slob? Do you park your butt on the couch all night? Do you have a massive social network and have parties all the time? Do you like it quiet or don’t you care?

Now flip the script and ask yourself those same questions about a potential roommate: what personal habits of theirs are going to drive you to want to gouge their eyeballs out? What can you roll with and what’s a deal breaker? It would be really helpful here if you are honest with yourself, otherwise, you will soon find yourself on the crazy train to roommate nightmares.

In order to have a peaceful coexistence, you really need to take a deep gulp of air and negotiate every possible issue that could come up before you sign a lease together. You want to agree on overnight guests, who showers first in the morning, how the kitchen chores and storage are divvied up and the temperature you keep the place, among any other trigger points either of you considers important.

If you don’t discuss a topic, and just assume that your new roomie will have the same values and beliefs that you do, you can take this to the bank: they won’t. Even if you are besties and you think you know everything about each other. Trust me, once you start sharing toilets, closets, and dishes, you will learn things that you didn’t want to learn. Ask the uncomfortable questions, draw up your own Roommate Lease Agreement and for goodness sake: agree on the thermostat setting!