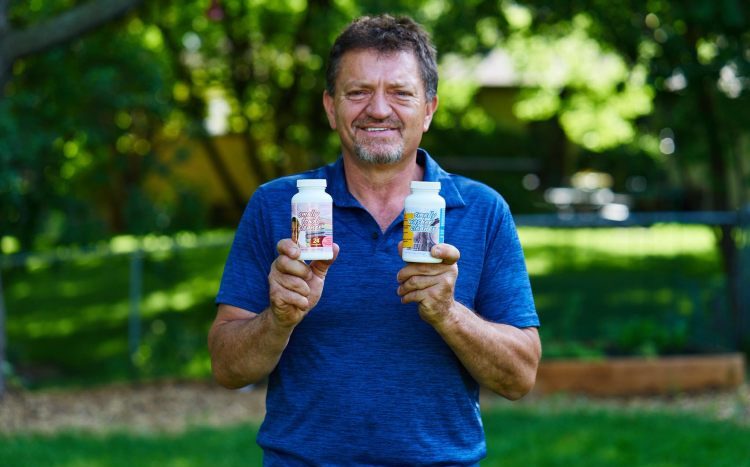 War. Famine. Pestilence. Smelly washing machines. These are the four horsemen of the apocalypse, the bane of humanity’s existence. If you have experience with smelly washing machines, you know they’re the worst of the lot, too. That’s what local entrepreneur Paul Flynn is fighting against.Paul grew up near Rochester on a dairy farm. He bounced around quite a bit after he left the farm, first going to school for journalism before his money ran out. He then did stints at a bakery and afterward at his brother’s fire protection company cleaning sprinkler heads. Eager to see the world, Paul joined the Navy, but unfortunately for Paul to the Navy “the world” meant South Carolina. He spent three years scrubbing dry docked submarines with a special, edible cleaning solution.

Paul worked a series of blue collar jobs after he was discharged. As a home repairman, he noticed that a great number of his calls relating to washing machines had to do with their nasty smell. He tried the old staple bleach, which worked to eliminate the smell for a little while, but repeat calls revealed that it didn’t eliminate the blackish, odorous substrate that gave the machines in question their stink. Paul thought back to his Navy days and the edible solution he used to clean submarines. He looked it up, studied its ingredients, figured out which one was the actual antiseptic, and thus Smelly Cleaner was born.

“I’ll never tell you what that magic ingredient is, of course,” teased Paul. “But after I singled it out I figured I could sell it as a washing machine cleaner. I started out ordering 50 pound bags of the stuff, mixing it with a few other ingredients for color and smell, and started a mail order business. I used to ship it out in Ziplock bags, but I quickly learned that sending bags of powder in the mail gets you the wrong kind of attention. I invested in bottles, branded a little, and now I’m doing quite a nice business selling Smelly Cleaner right out my office here in Minneapolis.”

“The damp, cool, nutrient rich interior of a washing machine is like Club Med for bacteria, black mold, and fungi,” said Paul. “Furthermore, modern detergents are better for the environment because they don’t have phosphates, but that only worsens the problem. My cleaner is unique because unlike bleach you can put it right in with your laundry, letting it slosh around and better access nooks and crannies than another cleaning solution and just water could do alone.”

Paul’s ideas are putting Minneapolis on the map. In 2016 his Smelly Cleaner won an Eco-Excellence Award, and he’s looking toward a big expansion. Paul’s experience really speaks for the Minnesotan ethos of seeing a problem, finding a solution to said problem, and then, most importantly, figuring out a way to make money out of it. If your washing machine is smelly, consider Smelly Cleaner. At worst, you can always eat it if you hit hard times. Your insides will smell great!

Who Gets the Bigger Bedroom?
Entertaining